All-on-4 is a technique of placing implants into completely toothless jaws. More precisely, it is intended for handling complex cases of complete toothlessness when standard solutions cannot help. The All-on-4 concept is used when patients which do not possess sufficient quality of jawbone (thickness, width, height, density, large sinuses…) to place 6 or more implants at a right angle, which is what is required in a standard implant procedure.

Basically, All-on-4 technique involves placing two outer implants at an angle of about 45°, instead of a right angle, using a longer type of screw. The implants are usually placed on the position where 4s and 5s used to be, later to be added by “hanging 6s” in the prosthetic arch. These inclined implants must be of adequate width as well, aside from length, so as to be able to bear the load of the hanging teeth. By placing implants at an angle, contact between implants and nerves or sinuses is prevented, which is the main goal of All-on-4 concept: avoiding bone grafting and possible damage to nerves and sinuses. 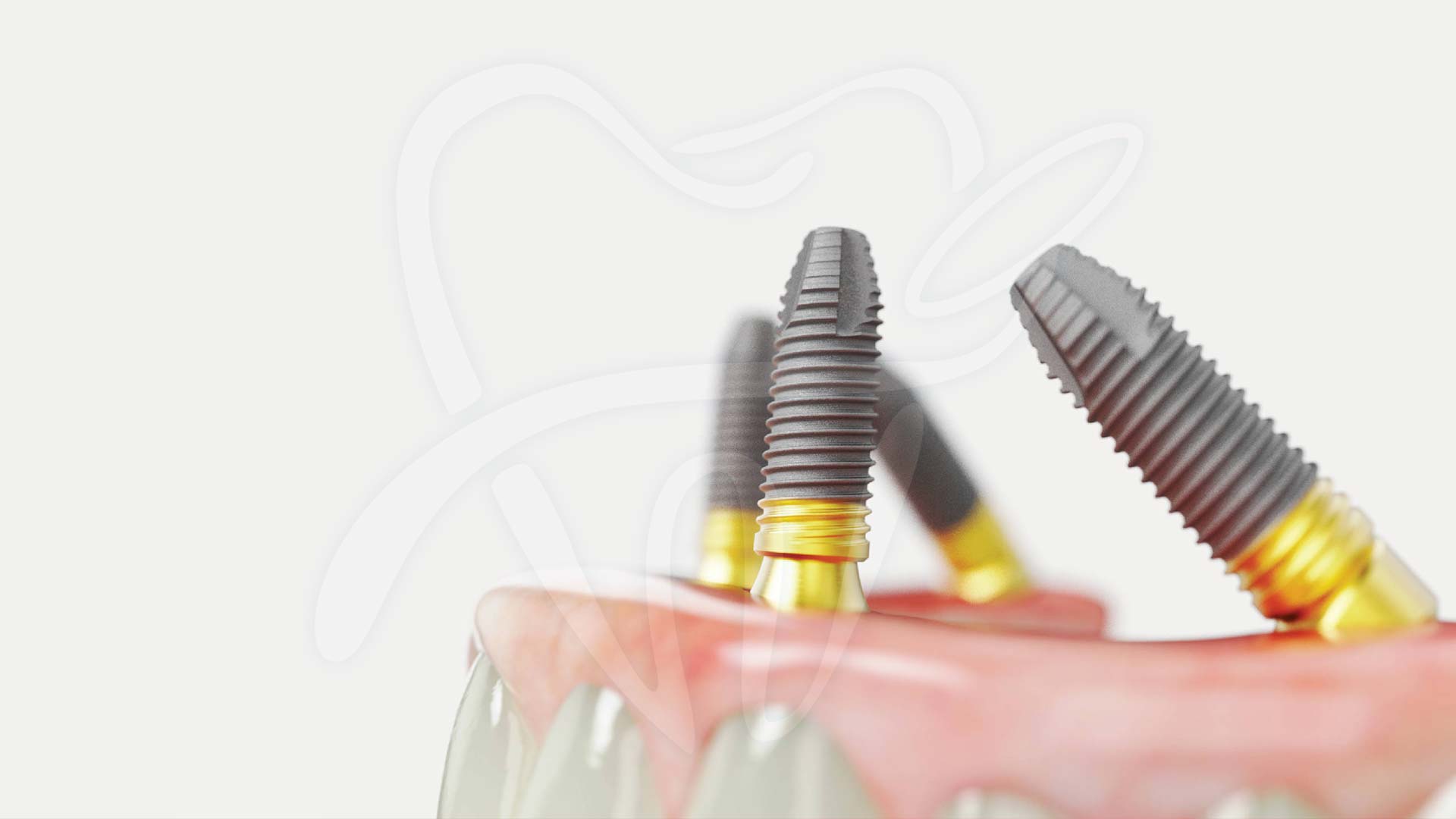 Position of implants in ALL ON 4 operation

The other two inner implants are normally placed on the position of former 2s. All-on-4 system is designed so that four implants, of adequate length and diameter, carry a 12-piece prosthetic arch. It is important to mention that the All-on-4 structure features a possible immediate temporary function that, however, does not include the hanging teeth (eg. 6s), which are added in the final structure.

The creator of All-on-4 concept is a Portuguese dentist Paulo Maló. Towards the end of the last century, he proposed to the leading implant manufacturers to develop a new type of long implants in order to apply his concept. There was only company that wanted to support him, namely Nobel Biocare. Together they developed the All-on-4 concept, which included specific components and special implants. Although today a number of manufacturers have at their disposal implant solutions which use this concept under a different brand name, only Nobel Biocare managed to scientifically document the efficacy of this approach. They did this by selecting a number of typical patients to have an All-on-4 system placed. It was found that the success rate of the treatment was extremely high, meaning that the implants were stable even after a couple of years. Up to 98% of patients treated with Nobel Biocare All-on-4 system recommend it to other patients.

Are the four implants enough?

That the four implant system has a long-term stability is proven by the fact that in most of the patients, except the ones with inherently problematic jaws, the screws can bear load immediately with a temporary bridge and temporary crowns, so that the patient can go back to normal daily activities straight away. Since only four screws are placed per jaw, All-on-4 is the fastest and the simplest solution for seemingly complex cases, using a temporary provisional fixture, and, most importantly, a permanent final fixture. In the early days of the system, a version with three implants was tested, but it was found that the fourth implant was necessary to counter the lateral force when chewing. 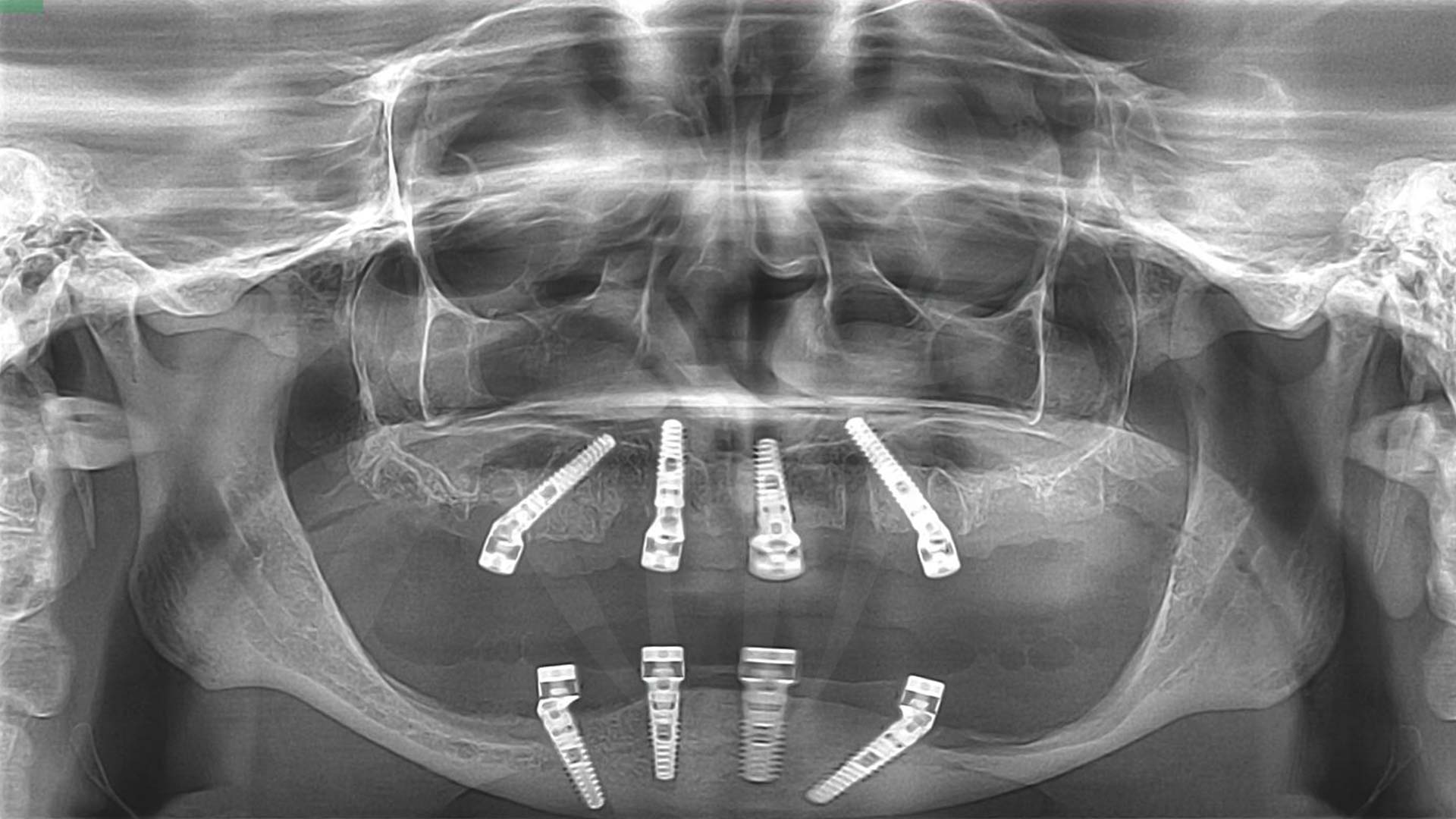 One common misconception about All-on-4 is that it is considered as a one-stop solution in each and every case of complete toothlessness. However, there are other options which are recommended when a patient has sufficient jaw bone tissue, like the All-on-6 concept.

Paulo Maló patented All-on-4 in 1995, just 6 years after his graduation in the field. It had taken a long time before he was able to convince manufacturers of the reliability of his system. Practically no one believed that the immediate loading was possible, especially when it came to complete edentulism. He was ridiculed by colleagues and manufacturers alike, and only when Nobel Biocare decided to give Paolo’s patent a chance did they all come around, seeing the practical efficacy of the concept. Paulo Maló has continued doing research in the field, and today he is considered one of the most prominent innovators of modern dentistry. Nowadays, The Maló clinics for implants are established in several countries, with the head clinic located in Lisbon, employing 1500 dentists and assistants. All-on-4 is considered the most important invention in dentistry since the implant itself was patented in the late 1970s.