How to make hoolywood smile

Examination before the Hollywood Smile procedure

What is the Digital Smile Design (DSD)?

The process of planning the layout of crowns and veneers using software which can provide a rendition of a perfect outcome before the start of the procedure is called Digital Smile Design. The whole procedure is planned and carried out according to the DSD project, which involves 3D scanning of the jaw and taking photos of the patient’s face so that, using the software, the doctor and the patient can jointly create the final look of the teeth and so that the patient can see what their teeth and smile will look like once the Hollywood Smile procedure is done. 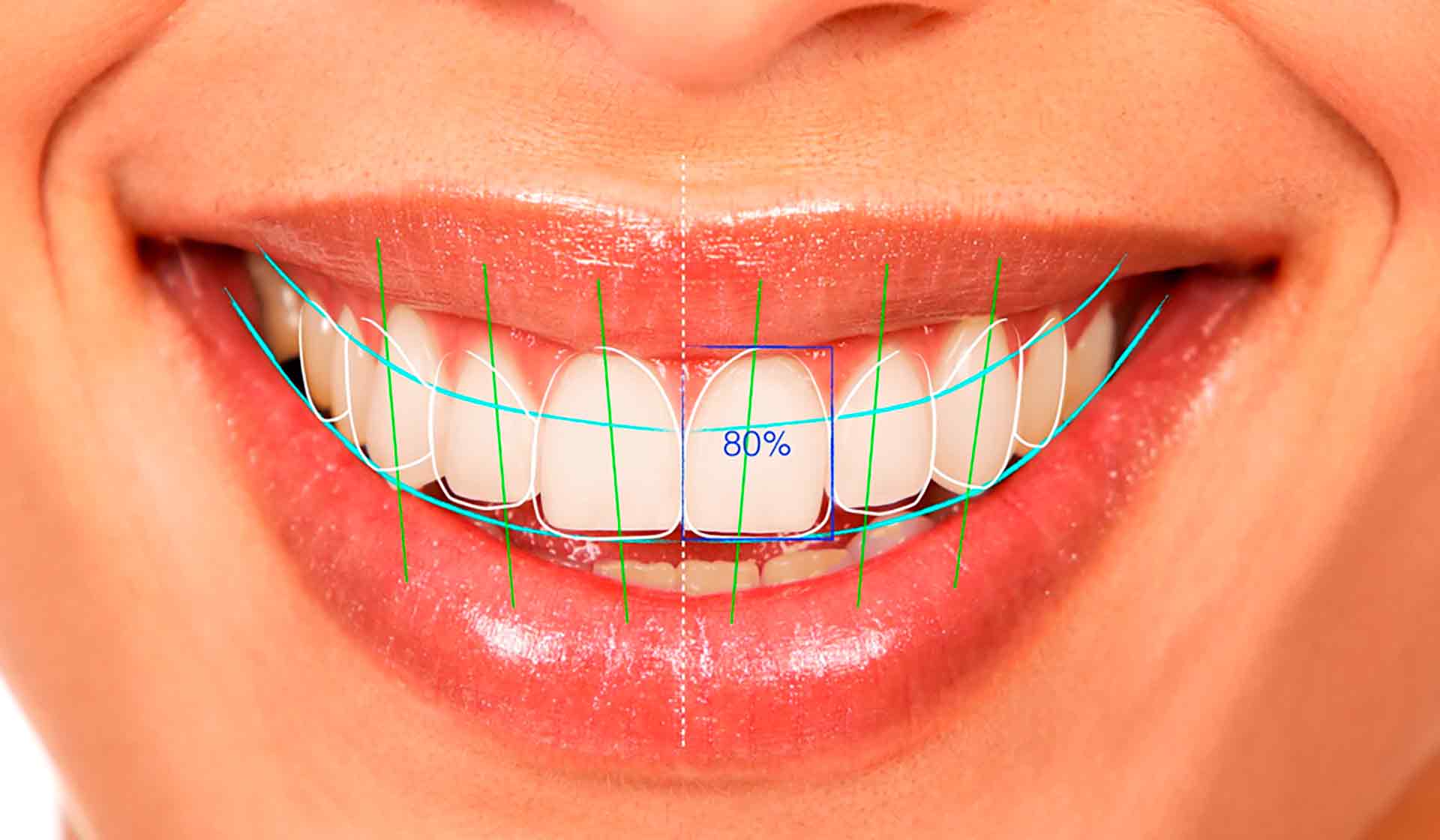 Essentially, the DSD method utilizes software which analyzes the shape of the face, the condition of teeth and gums, jaw and mouth proportions, as well as the muscle movement, all of which helps predict the outcome of any proposed dental method and displays the expected final result via videos and 3D models. The visual model is not the only way to present to the patient the final work. DSD also features the possibility of making the model of teeth, the way they will look once the procedure is over.

Another thing to know about the DSD protocol is that it hasn’t yet been developed to the point of being an absolute solution for any situation. There are still some issues regarding the software, the 3D face scanning, rendering of temporary models and their pasting to the final models, i.e. final teeth. That is why we do not completely rely on the DSD protocol, but we use certain segments of it that we know will yield appropriate results.

The first day of the procedure is the only difficult one for the patient, since there is a lot of work to cover. If the Hollywood Smile is planned by using crowns and veneers, all the teeth that need recontouring are treated, impressions are taken and temporary crowns are made. 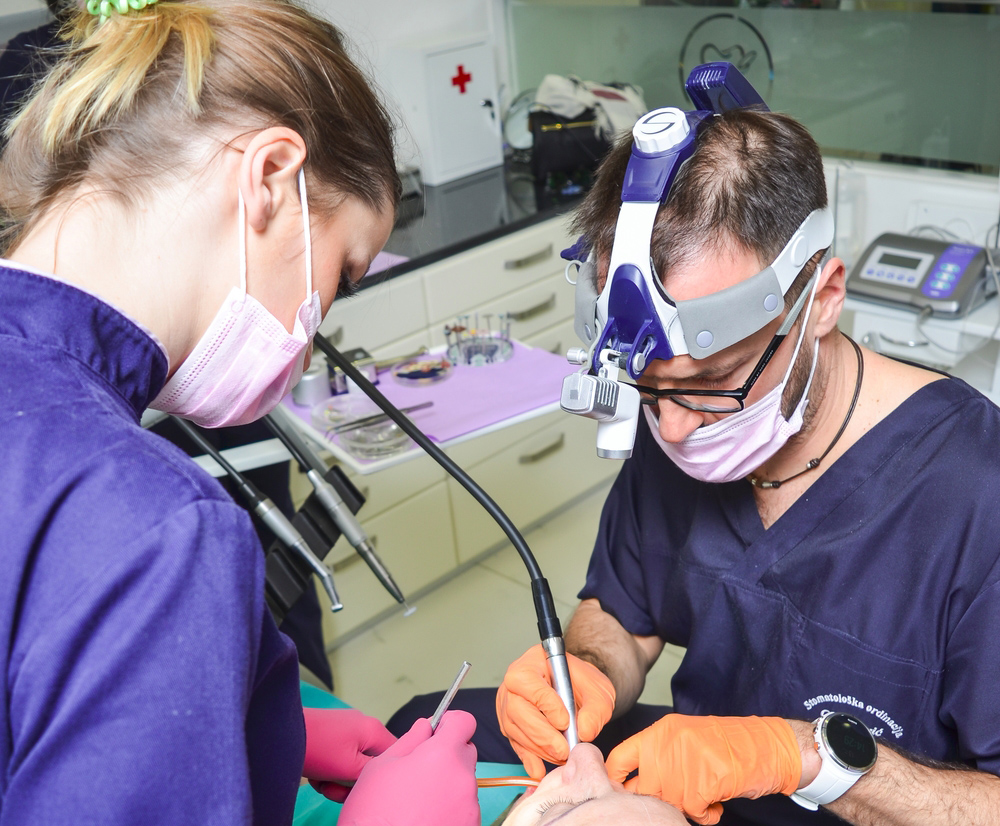 After installing the temporary crowns, there is usually no need for the patient to come to our clinic and can wait to try out their new teeth, which is about 10 days after the teeth drilling. If a patient is from abroad, this period can be prolonged a little, but it is not recommended to wait longer than a month with the temporary teeth on, because they are a temporary plastic substitute.

However, if implants need to be placed, then it becomes a two-stage procedure. The first stage involves placing all the required and agreed on implants. This is done using local anesthesia, but the patient may be sedated if needed. In the afternoon hours the patient goes home. These patients also get temporary substitutes immediately after the implant placement in order to be able to resume their daily routines. A few months after placing the implants, the abovementioned treatment with crowns is done.

In certain cases, there is a possibility that the dentists and DSD software will both indicate that fixed braces need to be introduced in order to align the teeth before placing crowns or veneers. The Hollywood Smile procedure is then postponed for a year or two, but the silver lining is that this will guarantee a better result. This is commonly the case when a patient wishes for veneers to get the Hollywood Smile, but the teeth are not properly laid out, and, if the braces are refused as a solution, it would involve much more invasive drilling of teeth.

Trial and the final placement

Before trying on the ceramic work, a part of the DSD protocol is often used which involves trying on plastic models, or teeth, which are fabricated according to the parameters determined by the dentist and the patient at the first visit. This is done in complex cases in order to simplify and speed up the trial of ceramic work, since it is easier to make corrections to the plastic than to ceramics. Thus corrected plastic models serve as the basis for fabricating the final teeth.

Crowns made by the CEREC device at our clinic

Once the crowns have been made, but not finished off, the patient comes to our clinic three days in a row. If a patient was placed with implants, then they have to wait a few months for the implants to integrate with the jaw. The patient first tries the dental crowns which have not been completely polished off. This trial is the most important, because the final corrections can be made at that stage, which can involve recontouring of the ceramic. If adding of material is required in certain spots, it is done at the clinic using composite, which is later copied at the laboratory by adding ceramics. It is desirable that the patient is fully focused at this trial, because all aspects of the new smile, the crown shape and teeth colouring need to be considered while corrections are still possible. This trial is performed using a local anesthetic, so it may be hard for the patient to fully perceive the new caps, but without the anesthetic it is not possible to try on the dental crowns. It is sometimes required that the patient comes for another additional trial, but this is arranged on a case to case basis. 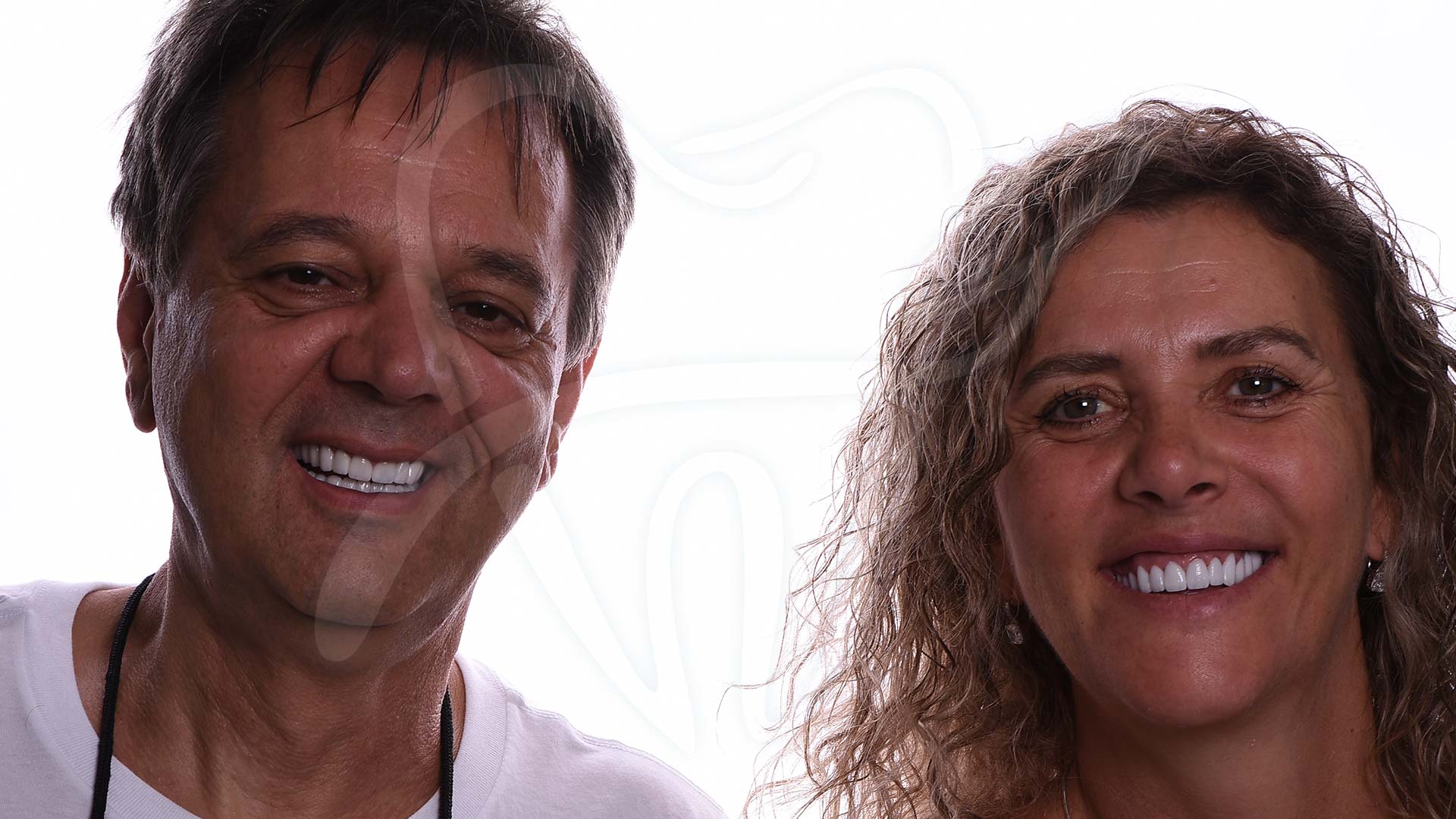 Hollywood smile, made at the same time for both spouses

The next day, the crowns are delivered with the made corrections, glazed, shiny and ready for cementation. Here, the crowns are temporarily placed so that the patient may give their consent before the final cementing. Once the crowns have been cemented, the procedure is over, with only a checkup left to be done three days later. If needed, the checkup can be postponed for a couple of days. In quite a number of cases, if implants are not included in the treatment plan, the complete Hollywood Smile procedure lasts for as little as 15 days. If, however, implants are required, the procedure will last for four to five months, because of the implant osseointegration which takes three to four months alone.